1894-5 wine warehouse with frontages to Gower's Walk and Back Church Lane, altered and floors added when converted to flats 1998-9

Chandlery House, 40 Gower's Walk, including 107 Back Church Lane
Contributed by Survey of London on June 5, 2020

Chandlery House is a former wine warehouse that was built in 1894–5 for Charles Kinloch & Co. Ltd and converted to flats in 1998–9. It has frontages to both Gower’s Walk and Back Church Lane. It replaced a dozen properties along Back Church Lane, a yard, and two courts of the 1810s – Davis’s Buildings and Friendly Buildings. The southern half of the site had been part of a parochial burial ground in the late eighteenth century. The digging up of the bones of nearly 300 bodies when the ground was being prepared for Kinloch’s warehouse in 1893 gave rise to objections. Basil Holmes, Secretary of the Metropolitan Public Gardens Association, urged designation of the site as a public open space.1

Work continued regardless, and the firm founded by Charles Kinloch (1828–1897), a member of the Scots gentry whose business started in 1861, propitiously, as tariffs on wines were lowered the following year, enjoyed vigorous growth, importing wines from Spain and Portugal, and, a rarity at the time, Australia. The warehouse was erected to the designs of Hyman Henry Collins, architect, with John Greenwood as builder. Faced in stock brick with black engineering-brick dressings, it had three storeys over basements. The original principal twelve-bay front to Back Church Lane was given a raised central parapet with the firm’s name impressed in a cement panel. Five separated (fireproof) divisions or ‘risks’ were arrayed around three light wells. On Gower’s Walk a five-storey section with a loophole bay projects at the north end. This abutted and returned behind a modest row at Nos 36–42, which Kinloch & Co. had also acquired in 1894.2

Kinlochs relocated to Wembley in 1937 and these buildings were added to the Co-operative Wholesale Society’s local empire for a variety of purposes, with Nos 36–42 rebuilt. Sold on by 1971, again around 1988, after which Nos 36–42 were demolished, and again thereafter, the property was acquired by Aitch City Lofts Ltd, part of the Aitch Group, founded in 1995 by Henry Smith, an East Londoner. The main warehouse block was converted in 1998–9 to designs by GML Architects to be Chandlery House, sometimes The Chandlery, fifty-six ‘loft’ apartments with six live/work units in the semi-basement (all but one since converted to purely residential use). Ground-floor loading bays and other openings to Back Church Lane were reconfigured with two-tier fenestration, and balconies were added to the internal light wells. The cleared site to the north-west was made a railed entrance forecourt with access to underground parking. Seven extra flats were added in 2001 in a two-storey fully glazed stepped-back roof extension.3

The frightening 'sticky-out bit' in Gower's Walk
Contributed by eric on Nov. 1, 2016

Still in existence, the warehouse near the bottom of Gower's Walk on its eastern side had a small jutting-out piece of building that throttled the street in a sense, taking away some of the street width. It is visible on maps of the past. I have always referred to it as ‘the sticky-out bit’. Its function was never clear to me, and I never saw it in use in any sense. But in recent times, I have seen that it is now fitted with a narrow roller blind, and must be some sort of awkward goods in/out facility. As a child this sticky-out bit bothered me, because if I were walking in either direction to/from Hooper Street, then it afforded a hiding place for any of the strange folk who used to be present in Whitechapel at the time. So when passing it, I would tend to hug the Tilbury Warehouse side of the road so as to see waiting strangers before they saw me.

The overall structure of Gower's Walk was that the street was effectively a deep trough bounded by high walls all along. There was nowhere to escape.

As I walked it, ran it, cycled it, the Gowers Walk that I knew in the early 1950s was structured as I now describe. It runs roughly north/south and was cobbled throughout. From the southern end, the eastern side of Gowers walk consisted roughly of three parts. The first third was occupied by another warehouse, extant in 2011, and converted into lots of little designer places for small industries. This warehouse had a strange extension at one end that jutted out into Gower's Walk, and is still there. It narrowed Gower's Walk a fair bit.

Distilling happiness and drowning fears
Contributed by Survey of London on June 2, 2020

In 1961, for their centenary, the novelist A. P. Herbert wrote a poem celebrating the centenary of the wine merchants Charles Kinloch & Co. Ltd.

If God gave Man no other cause to gape

We should look up to Him who made the grape:

If Man could claim no other grand design

He'd win a prize for turning it to wine.

The Art is ancient, but a gamble still -

The odds the soil, the summer, and the skill.

The gentle stuff they tenderly create

Began in granite or in fields of slate,

On craggy cliffs where men can hardly go -

In danger ever, drought, disease, and frost;

It hails ten minutes and a year is lost.

Yet if they see September safe and strong

No other gift of Nature lived so long.

And Sherry stopped the show on Budget Day.

Nay, at its birth that famous mischief Gin

Was proffered only as a medicine.

To bed with tea old ladies wake and weep:

Curse the cold bureaucrats who swell the price

And treat the vine as if it were a vice!

Nor does it only for the flesh provide,

For grace and beauty in the glass reside.

The long-stored sun and sweetness of the South

Enrich the mind as warmly as the mouth.

"Water! the drink of lions!" fools may boast:

But who would have the lion for a host?

And over tea sly gossip spreads a tale.

And lights a lamp or two in old and young.

The names! like flowers on the Carte des Vins -

(Napoleon's pet!) 'By any other name'

Margaux, Yquem, would not be quite the same.

And then, the solemn care, the sage advice -

The bridal bottle in its bed of ice -

The first fond taste, as if at Heaven's brink -

Such joys are not to be dismissed as 'drink'.

But for the fools all this is 'alcohol'.

How sad the civil servants have to fine

So civilised a comforter as wine! 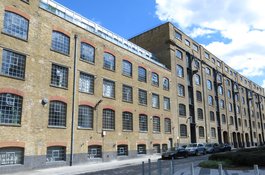 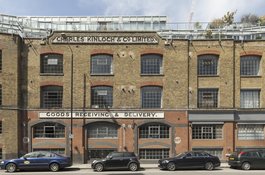 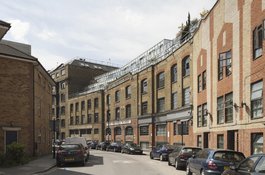 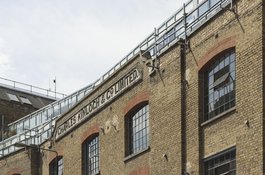 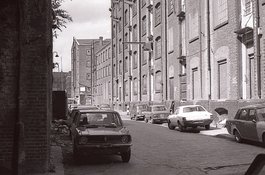 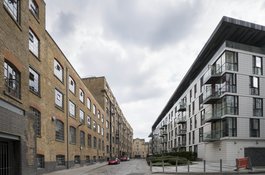 Gower's Walk, view to the south with Chandlery House to the east in 2017
Contributed by Derek Kendall 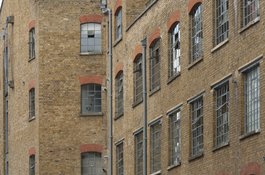