92-3 Whitechapel High Street
Back to Map

92-3 Whitechapel High Street
Contributed by Survey of London on July 12, 2018

This pair of narrow shop-houses has been a single building since 2002, the shop portion since 1990 at the latest. Both were built in 1861-2, No. 92 to the designs of G. H. Simmonds, architect of the Eastern Dispensary in Leman Street (and displays a similar taste for rusticated quoins) and alterations to St Mary Street school.1 The client was the Whitechapel Charities, which was an assortment of parish-run charities, which had owned the house since, at latest, the 1750s.2 It was leased from 1748 to 1804 to the hosier and worsted manufacturer George Shelley, and later his son.3

From 1863 No 92 was the home of John Stephens (1808-80), a greengrocer-turned- medical botanist, who had been acquitted in 1851 for manslaughter after administering a powder containing cayenne pepper and lobelia.4 At No. 92 he pursued his alternative practice, hosted sessions led by his mentor, the American Dr Albert Isaiah Coffin, and established the Anti-Compulsory Vaccination Society in 1869: ‘let us throw off this tyranny’.5

The building previously and subsequently in the nineteenth century was more conventionally occupied by a succession of milliners, silversmiths, jewellers and feather dealers followed by corset-makers, and dealers in gowns and knitted goods. Even so, it had links with eminence of different kinds. Reginald (Peter) Southouse Cheyney (1896–1951), who rose to success as an author of crime fiction, was born here, and Abram Bronowski, father of the mathematician and broadcaster Jacob Bronowski, was here in the 1930s, as was Gelkoff's, confectioners, from 1956 to 1988.6 Along with No 93, the shop is now a Costcutter supermarket.

No 93 is more stolidly commercial than its twin at 92, with simple pairs of windows, the whole front now rendered. Its predecessor, with five hearths, was from the 1660s to his death in 1683, the premises of Christopher Worth, a tallowchandler, who issued trade tokens with the sign of the hen and chickens.7 He left the house and business to his relative Robert Worth and the rest to his daughter Hannah and son-in-law Mordecai Fromanteel, a silkthrowster and part of the extended Fromanteel family that included his uncle, the clockmaker Ahasuerus Fromanteel.8 The wholesale stationer Nathaniel Mead was here from the 1820s to the 1840s, latterly with his partner Nathaniel Powel, before their move to the larger No. 101 in 1848. The building’s lengthy back extension, added in 1881-2, once hemmed in by the buildings of Spread Eagle Yard and Inkhorn Court, is now marooned in the NCP car park. No. 93 was a building of many businesses (hats, cigars, dining rooms) in the later nineteenth century, few apart from Henry Coe, brush manufacturer there for twenty years to the 1870s, staying more than a few years. The twentieth century was, with the exception of Lewis, photographers, here c. 1917, in typical Whitechapel rag trade use, with Max Prevezer, a reticent wholesale hosier, in occupation from the 1930s to the 1980s.9

In 2002 the upper floors of the two buildings were fully integrated in conversion into self-contained flats, known as Atlantis House, and an extra storey was added.10

The worst it can be is a disaster
Contributed by Aileen Reid on Nov. 2, 2016

'This is the last chapter and it's time to talk about Uncle Max, or more accurately Great-uncle Max. My mother's paternal family name was Prevezer. Originally there were seven sons and four of them escaped from the Nazis to England. They came over on the onion boats with nothing. My grandparents Sam and Fay, waited outside the stocking factories where each night the rejects were thrown out. They matched them up and sold them off their barrow in the East End. Eventually they made enough to buy a proper shop, S. Prevezer Hosiery in Whitechapel High Street [No. 86]....

The curse of the Prevezers was total emotional constipation. Inside they were cauldrons of feeling but none of it could be expressed.... Uncle Max was the most extreme example of the Prevezer curse. He had a shop [No. 93] about 20 yards from my grandfather, M. Prevezer Hosiery. Whenever I visited him my grandfather always sent me to say 'hello' to Uncle Max. This I did and always got some pocket money for my pains.

Grunt, and some pocket money.

Uncle Max retreated from the world. It was a tendency in all the brothers...'

Sweets and stockings at 92-3 Whitechapel High Street
Contributed by Survey of London on Nov. 2, 2016

This whole property is now a Costcutter shop, but prior to that No 93 was M.Prevezer, wholesale hosier. From 1956 until 1988 No 92 was Gelkoff’s, a high-class confectioners and tobacconist specialising in continental chocolates. In the 1920s it was a haberdasher shop owned by the Bronowski family. Their son, who lived there, was Jacob Bronowski who in 1973, by then Professor Bronowski, presented the television programme The Ascent of Man on the BBC. The premises for many years was owned by the Davenant Foundation Trust.

Gelkoff's shopfront as it was in 1988 can be seen here: http://spitalfieldslife.com/2012/05/19/alan-deins-east-end-shopfronts- revisited/ 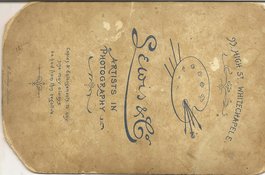 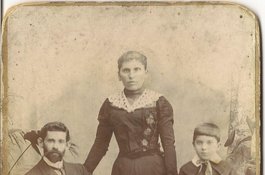