The Empress, 141 Leman Street
Back to Map

c.1785, house for John Bridgeman, tallow merchant, housing a restaurant since the 1950s

On the south side of Mill Yard Passage, 141 Leman Street is a much-altered eighteenth-century house, two bays wide and two rooms deep with a central staircase lit from the passage, rising three storeys under a gambrel attic; chimneys were on the south side. It appears to have been built around 1785 for John and William Bridgeman, tallow merchants. They had been preceded at this site by other tallow chandlers, James Langfer, who had the property by 1750, and Joseph Langfer, who died in 1780 holding leases of the house at No. 141 and the adjacent house to the south, along with two other houses on Mill Yard, one of which was the Keppel’s Head public house, presumably then recently so named. His widow Mary Langfer died in 1783 and her considerable property was sold off in 1784, the Bridgemans being the purchasers. John Bridgeman was succeeded around 1823 by John Christian Schultz and Otto Uhlendorff, who continued the site’s use for tallow chandlery. That had stopped by 1840 when George Ward, a musical instrument seller, had the shophouse. Thomas Young followed with coffee rooms from 1850. Shop use returned and a post office was accommodated later in the century. Tobacconist occupancy by Isaac Rosenberg then Hyman Hoffman and successors continued into the 1950s during which decade Saif Salek took the premises to be dining rooms. These later became A. Hassan’s Arabian Club and Tabet Said’s café, the East Restaurant. The Empress Restaurant was established in 1993.1 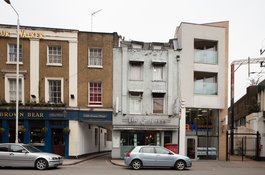 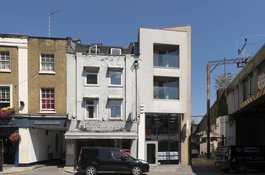