2 Walden Street
Back to Map

Walden Street was known as Suffolk Street till 1875. Its south side retains a terrace of eight houses from the first phase of development on the hospital’s estate at Nos 2–16, offered on building leases between 1815 and 1821. Ninety-one-year leases for Nos 12–18 were granted to William Davidson, Francis Davidson, John Ewans, and Elizabeth and Sarah Tweedy in 1816, followed in 1817 by leases to Ambrose Allison, David Harland, William Watson and Francis Smith for Nos 4–10. Henry Cook took No. 2 in 1821, agreeing to complete that small house.1 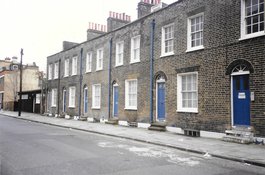 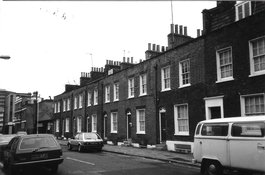