Gwynne House
Back to Map

Gwynne House, Turner Street
Contributed by Survey of London on May 4, 2017

Gwynne House stands at the north-west corner of the Turner Street and Newark Street crossing in bold contrast to its contemporary neo-Georgian neighbour, the Good Samaritan public house. This block of flats was built in 1937–8 to designs by H. Victor Kerr, the architect of a number of interwar buildings in east London, including Commerce and Industry House in Middlesex Street (demolished), 67–75 and 101 New Road, 9–17 Turner Street and 47 Turner Street (demolished). Kerr practised as an architect during the interlude in his military career between the world wars, in which he ascended to the rank of Major (Hon. Lt. Col.). Of his surviving works in Whitechapel, Gwynne House is the most assertive expression of the Modernist style. This five-storey block has a sleek white-painted façade with a curved staircase tower and a rhythmic succession of slender balconies with rounded edges. Gwynne House bears a resemblance to Wells Coates’s Isokon Building, which set a precedent in style, configuration, and the provision of ‘minimum’ flats intended for professionals.1 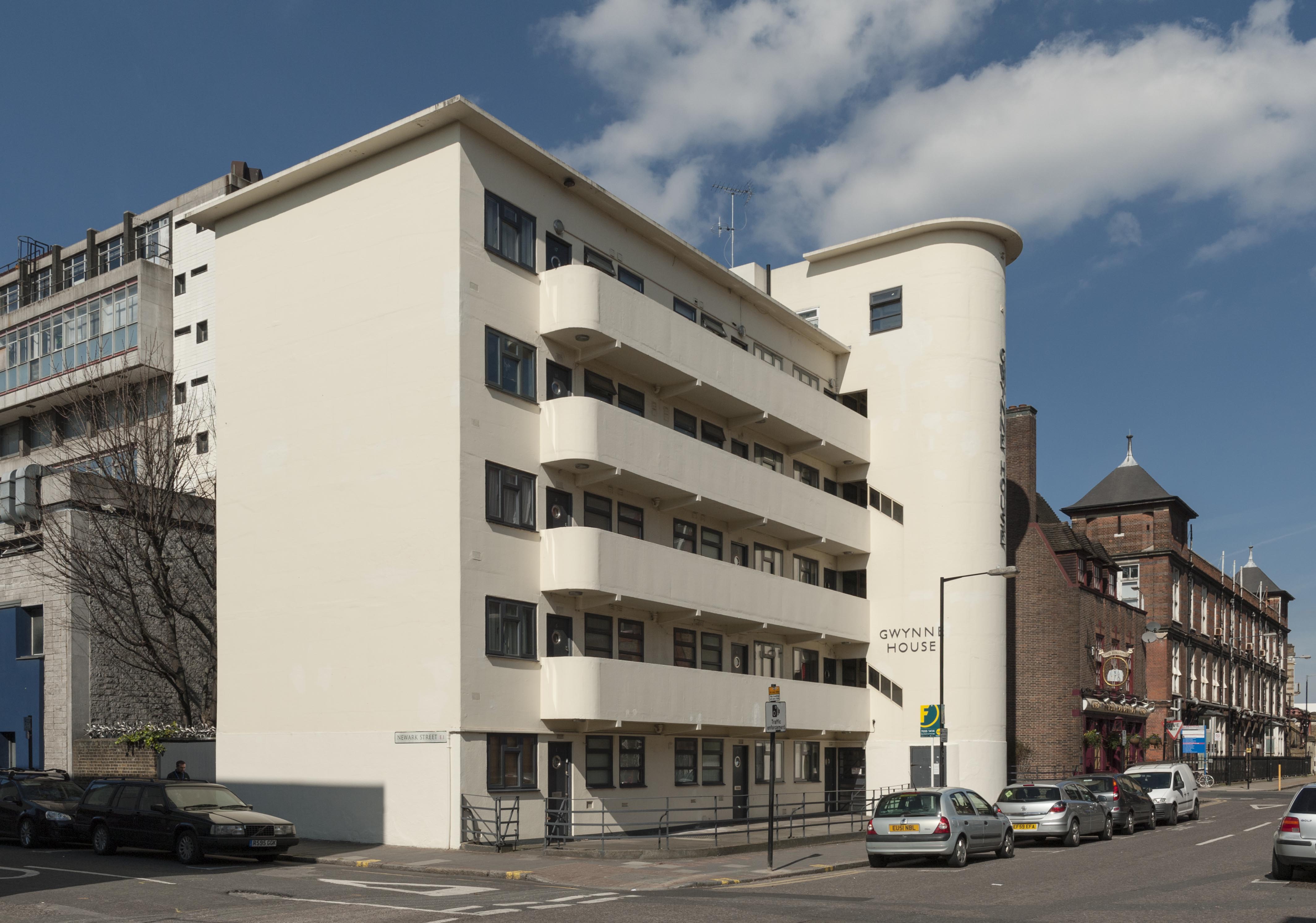 Gwynne House from the south-east, photographed by Derek Kendall in 2016.

Gwynne House replaced five early nineteenth-century terraced houses at 75–83 Turner Street and 23a Newark Street on the London Hospital Estate. By the 1930s this piece of ground had been earmarked for future hospital expansion. Despite initial reluctance to part with the site, the hospital agreed an 80-year lease with Lloyd Rakusen & Co. of Leeds in 1935. After their plans to build a biscuit factory were rejected by the LCC, Rakusen & Co.’s interest in the lease was transferred to a developer for a block of flats. Construction was by Moore & Wood, working as general contractors in association with specialized subcontractors. The reinforced concrete frame was enveloped by smooth external walls filled with cork insulation, and capped with a flat timber roof coated with asphalt.2 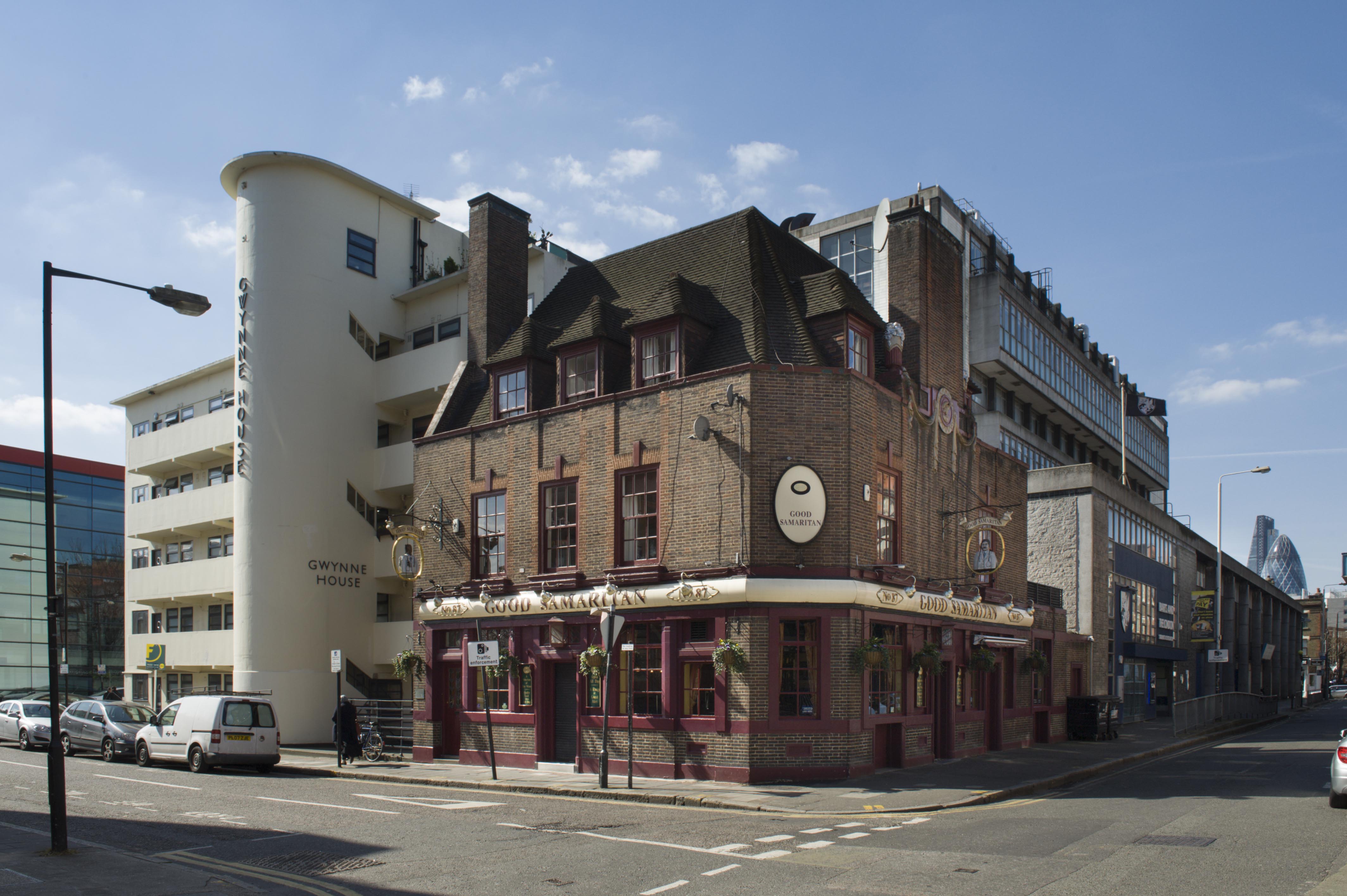 Gwynne House and the Good Samaritan public house on the west side of Turner Street, photographed by Derek Kendall in 2016.

At its completion in 1938, Gwynne House provided twenty modern flats that were designed to attract ‘students, social workers and professional people in east London’. An additional rooftop flat was allocated to a caretaker. Each floor was divided into four small flats built to a standardised rectangular plan with a hallway, two bedrooms, a living room, a kitchenette and a bathroom. The elegant ‘tower feature’ encased an electric lift and a staircase, lit and ventilated by angular slits in the exterior wall.3 It also concealed a rubbish chute, a telephone kiosk, a switch room, and service ducts that communicated with a basement boiler room. 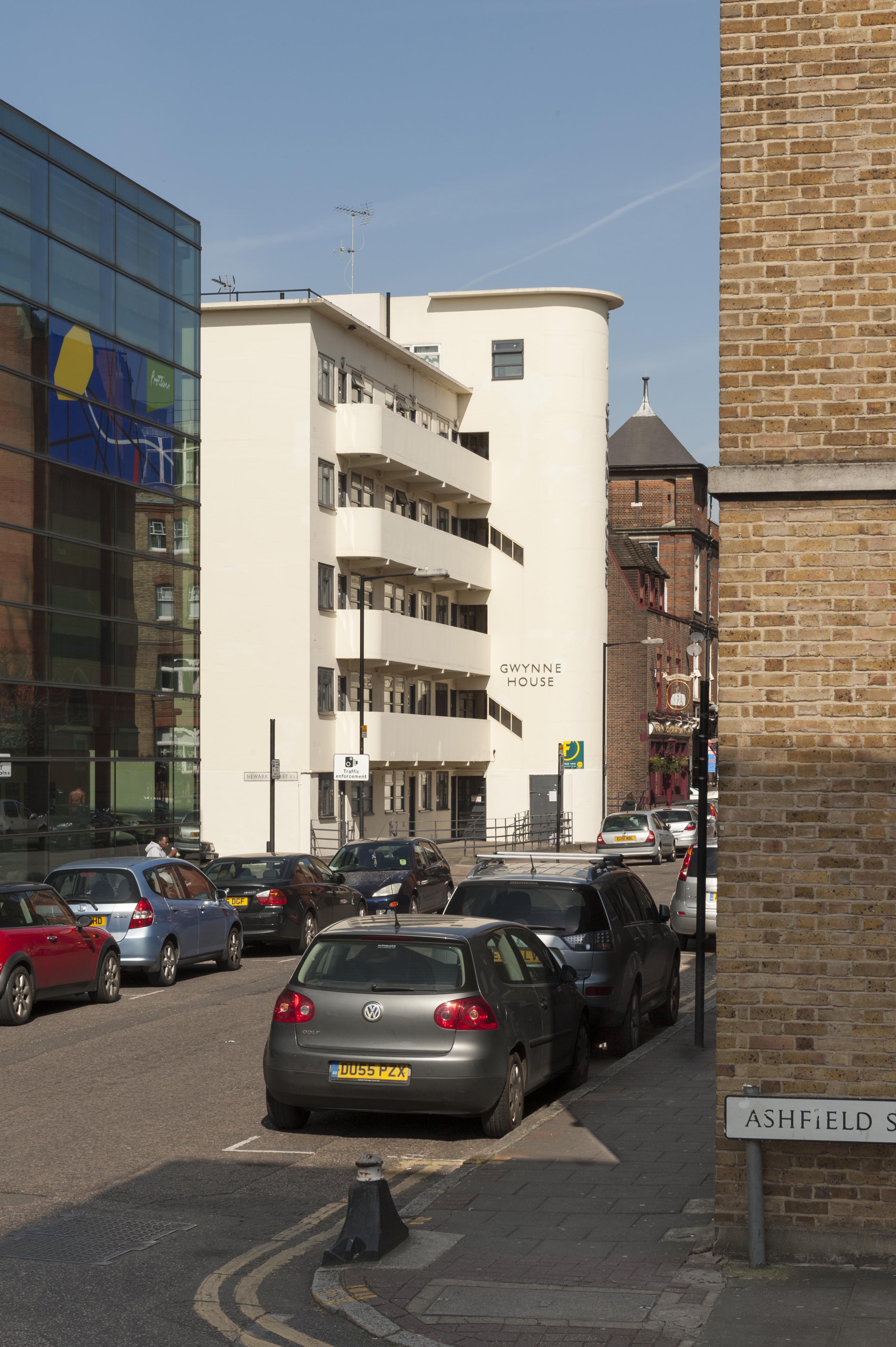 Gwynne House from the south, photographed by Derek Kendall in 2016.

Gwynne House was quickly identified by the hospital as a convenient base for medical practitioners, nurses and students, though rents were judged to be ‘somewhat high’.4 One of its first tenants was a young (Sir) John Ellis, who was later appointed physician to the London Hospital and Dean of the Medical College. Other prominent residents included Edith Ramsay MBE, a local social campaigner, and the nurse educationalist Dr Sheila Collins OBE. By the 1980s Gwynne House had been acquired for the hospital as rented accommodation for staff from all departments. Barts and the London Charity sold the block to a private developer in 2011. The exterior has seen minimal alterations, aside from the replacement of the original Crittall windows and the recent insertion of jaunty porthole doors. The original metal fence at the front of the block survives, characterised by sinuous lines echoing the projection of the tower. A narrow rear garden shelters a sycamore tree, a lime tree, and an ‘ancient’ mulberry tree.5

I lived from 1947-64 in Gwynne House. I am delighted to find that it is such a notable building. It was quite innovative for this period. The flat had central heating, fitted kitchen, (tiny) lift - all unusual in 1947. One of our neighbours mentioned in the piece about Gwynne House was a lady called Edith Ramsay who did much social work in the area. Lovely person who always had her door open for people to drop in. Believe she helped with information for the Wolfenden Report. This was a privately rented block. I came to live there as a small girl when my grandfather who rented the flat became ill and my mother came to look after him. Sadly my grandfather died shortly after and my parents and I continued to live there. After I left my parents stayed until about 1975. The London Hospital took over the block and nurses from the nearby London Hospital rented the flats. I am now living in Hampstead and when my husband and I moved here I noticed the striking resemblance to the Isokon flats - another Modernist building. 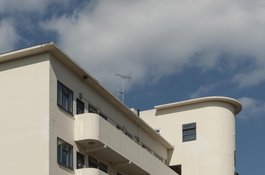 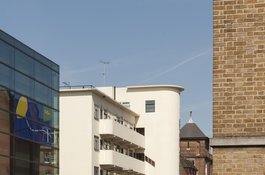 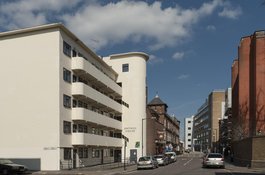 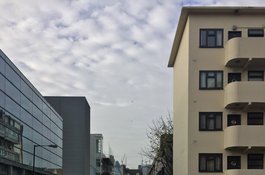 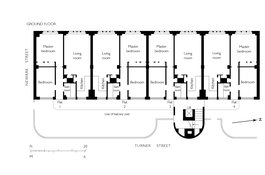