66 Leman Street
Back to Map

This substantial house was built in 1766, likely by John Phillimore, the silk merchant, moving from No. 64. It replaced a house that in the 1730s had been occupied by Abraham Triquett, a Whitechapel parish overseer. Once comparatively towering in the vicinity, of four storeys, basements and attics, its well-proportioned façade, with first-floor sill-level stringcourse and bold cornice is especially distinguished by a fine pedimented Ionic doorcase, closely derived from Batty Langley’s pattern-book_ The Builder’s Jewel_ of 1751. The Ionic order recurred in pilasters in a spacious entrance hall. In the 1770s the house passed to William Hopkins, another silk throwster, who held it until 1810 by when there was a large warehouse to the rear. There followed several decades of use by Judah, Solomon and Abecis Aloof, Gibraltarian Jewish merchants.1

By 1844, William Scott, a gun and pistol maker from Birmingham, was the tenant, living in the house with his family. Scott altered the attic, perhaps refenestrating for workshop use, and erected a store loft for gun stocks in the back warehouse, where there was also workshop use. In 1852 Thomas Henry Potts junior, another gun maker, who had served an apprenticeship with nearby J. E. Barnett & Sons, transferred to No. 66 from the Minories, also taking No. 64. Potts had other premises in Birmingham, where he was based, and left Thomas Hunt, who became a partner, in charge of his Leman Street houses and a factory that backed onto East Tenter Street. After a destructive gas explosion in 1854, a new three-storey factory and warehouse went up across the back of No. 64 and part of No. 66. Potts & Hunt continued under Hunt, Potts having emigrated to New Zealand, and supplied the Confederate States Army during the American Civil War. The firm appears to have ceased trading around 1874. A solitary housekeeper occupied the house in 1881.2

Within the decade, No. 66 was in use as a lodging house, accommodating over sixty working men, managed by a married couple and two servants and named the ‘Old Manor House’. It remained a working-men’s home until at least the 1930s, but had fallen into disuse by 1945. In the late 1960s the now derelict building was converted to office use with the attic floor removed in 1970.3

Colt is fairly well known to most Civil War enthusiasts, so a little background on the gun-makers Potts & Hunt is in order. It begins with Martin Brander who was apprenticed to his father in the mid 1700s.Thomas Potts (the elder) was in turn apprenticed to Martin Brander in 1792. In 1827 Martin Brander died. Thomas Henry Potts (the elder) took over the firm and kept the name Brander & Potts. Potts was a contractor to the Honourable East India Co. from 1827 to 1842. Thomas Henry Potts (b. 1824) joined as an apprentice in the firm of Brander & Potts when it moved to Haydon Square, Minories. The elder Potts died soon thereafter in 1842 and the firm was managed by his mother Mary Ann Potts, who completed the remaining contracts. Thomas H Potts the younger was then turned over to the London gun-maker J E Barnett & Sons at age 18 to finish his apprenticeship. In 1846 Thomas H Potts was made a freeman. He went into business and changed the name of the firm in 1848 from Brander & Potts to T.H. Potts.

The T H Potts firm was unusual as it listed an address in the Minories (London), but also listed premises on Shadwell Street in Birmingham beginning in 1848. It was not unusual for Birmingham firms to have a London retail operation but it was not the norm for a well known London gun maker to have factories in both Birmingham and London gun quarters simultaneously. Potts was in the process of moving day-to-day operations of the firm to the Birmingham gun quarter. Private correspondence states that he made trips back to London only to conduct business there. In 1849 Thomas Potts was elected assistant in the Gun-makers Company of the London Trade Guild, so clearly the firm did business from their premises in London as well. However, Potts was at the time living full time in the Midlands and socializing with the gentry of the city. This is where he met his betrothed, Emma Phillips. Potts married Emma at Bourton on Dunsmore, Warwickshire, on April 2, 1850. Warwickshire is approximately twenty miles from Birmingham. Within a few months Emma's parents and brothers left for Canterbury, New Zealand.

In 1851 Thomas Potts had a display the Great Exhibition in London: According to the Official Catalogue:
Exhibition # 207. POTTS, THOMAS HENRY,
Haydon Square, Minories - Inventor and Manufacturer.
1. A double-barrel gun (finished), with improved breeches, bolted triggers, etc.
2. Similar gun, in a bright (unfinished) state.
3. An instrument for drawing the breeches, applicable to all sorts of fire- arms.

In 1852, the London firm moved to 32-33 Leman Street [now 64-66 Leman Street] and had additional workshops at 27 Tenter Ground [now Albion Mills]. However, the day-to-day business became increasingly centered in Birmingham where Potts was residing. During late 1853 Potts apparently turned over most of the operations to Thomas Hunt, left for New Zealand and the firm traded as Potts & Hunt from 1853 to 1874. There is evidence in Potts’ surviving personal correspondence that he was involved in the formation of Birmingham Small Arms Company perhaps from its origins as Birmingham Small Arms Trade before he departed. Whatever the case, Potts returned to England only once in 1862 “…to sort out troubled business matters” involving BSA, according to his correspondence. BSA Co was run by committee up until September 1863, when they settled on a Chairman (John Goodman) and Board of Directions. However, Potts was not listed among the new Board of Directors or major shareholders after the reorganization of BSA in 1863 and he never returned to England again. This suggests the “troubled business matters” were resolved by Potts liquidating his shares.

Back in England, it appears Thomas Hunt was involved with the firm of T.H. Potts as early as 1852. Even before the firm was renamed “Potts & Hunt” Thomas Hunt applied for two patents in 1852 and he listed premises at 32/33 Leman Street, the London address of T.H. Potts. Thomas Hunt also applied for patents for the improvement of sights in March 1853 and then another breech- loading design still using the same London address (32-33 Leman Street) in 1866.

According to the London Daily News on October 23, 1854 there was a gas explosion at the Leman Street address of Potts & Hunt “the minie rifle maker” and a 65 year old night watchman named Robert Blake was killed in the tragic accident.

Londoner Thomas Hunt was not found listed in the Birmingham directories as a gun maker. He does not appear to have had any direct connection to the Birmingham Small Arms Trade or BSA Co. T.H. Potts on the other hand, was listed on Shadwell Street in Birmingham from 1848 right up until he left for New Zealand in 1854. It appears from historical records and what can be pieced together that in the late 1840s Thomas Hunt began as an employee or gun maker for the T.H. Potts firm in London, perhaps so Potts could spend more time in Birmingham. Thomas Hunt may have already been well off as Potts since he most likely bought the firm from him after Potts left in 1853. Hunt continued to run the London and Birmingham operations but appears to have lived in London. Rather than remove the former proprietor’s name, Thomas Hunt may have merely added his own name to the masthead. At first glance the title “Potts & Hunt” suggests a partnership. This was not the case in the sense of the men sharing office space or even correspondence with each other. So why would Thomas Hunt not remove Potts’ name from the title of the firm? The Potts firm was considered one of the eminent gun makers in London dating back the Brander & Potts-era. Thomas Hunt no doubt wished to continue to be associated with the gun making legacy of Potts, who was half a world away.

The working relationships in the gun trade can be confusing. When Potts returned to Birmingham in 1862, there is no evidence that he traveled down to London to visit the firm still bearing his name, but he found the time to head off into the heath for some birdwatching. This strongly suggests his lack of any further financial interest in Potts & Hunt. Whatever remaining financial interest Potts may have had in the English Gun Trade seems to have been limited to his involvement with investments in Birmingham Small Arms Co. BSA Co is the only firm which he directly mentions in his personal correspondence. And after returning to New Zealand later in 1862, Potts never mentions BSA Co or returns to England again. We should conclude that after 1862, Thomas Henry Potts is no longer involved directly or indirectly in the English Gun Trade. He spends the rest of his days indulging his interest in ornithology and conservation in New Zealand.

The majorities of surviving Civil War-era Enfield rifles from Potts & Hunt are stamped “London” on the lock plate. There were at least some Enfield rifles made in Birmingham as there are cavalry carbines stamped “Potts & Hunt Birmingham.” It seems likely that the Birmingham factory supplied parts and components to the London factory to be “set up” or perhaps even provided finished guns. The Enfield rifles marked “Potts & Hunt London” may have commanded higher prices, if the Colt contracts are representative. Post- bellum, Potts & Hunt (Birmingham) produced 27,000 bolt action Chassepot rifles under contract from the French government. The contract was not affiliated with Birmingham Small Arms, supporting the lack of involvement by Potts & Hunt in that enterprise. The firm of Potts & Hunt is not recorded after 1874." 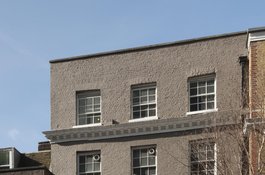 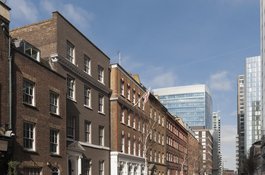 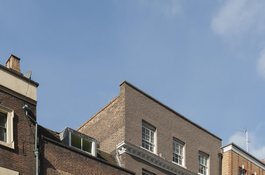 Elevation with No. 68
Contributed by Derek Kendall