The corner building with Goulston Street is atypical for Whitechapel, a tentatively snazzy deco-moderne shop and offices, built in 1937-8 in reinforced concrete by the London Ferro-Concrete Co. Ltd, with Crittall metal windows, the first floor faced in Portland stone, the rest in pinky-brown brick. The client was Cardigan Estates Ltd of Leeds, a subsidiary of Prices Tailors Ltd, Philip S. B. Nicolle was the company architect. Established in Leeds before the First World War, this firm bought and redeveloped many High Street sites around England in similar fashion in the 1930s. When built it towered over the High Street at seven storeys, the top floor set back with a roof terrace. There was a four-storey wing to the rear on the site of the warehouse of the former Nos 133–134.

The building was reduced, following severe damage by a high-explosive bomb on 9 Sept 1940, to part-three, part-four floors.1 The occupants of the shop until the 1950s was Price’s retail tailoring business, the Fifty Shilling Tailors. John Collier Ltd took over all the Fifty Shilling Tailors when Henry Price retired in 1954, restoring Cardigan House to its former height c.1955, and they remained in the shop till c.1992.2 Later use included the Aldgate Exchange, a Thorley Taverns pub, from 1997 to 2014.3

The upper floors of Nos 133-137 were used as offices, known as Cardigan House till at least 1959 and by 1967 had become Oceanair House. Most of the offices were used by rag-trade companies, but with greater variety from the 1960s including the Merchant Navy and Airline Officers’ Association and the London Board for Shechita.4 By 1994 it had become offices and the student union of London Guildhall University, continuing after merger with the University of North London as London Metropolitan University in 2002, when minor extensions were made to the upper floors to the designs of Trehearne, architects, until 2010. Following its acquisition in 2013 by CBRE Global Investors, Oceanair House was renovated to the designs of Morrow & Lorraine, architects, and the building, including the shop, let to The Office Group, offering ‘design- led flexible offices’, meeting rooms and break-out spaces.5

Cardigan House had replaced several buildings at 133-137 Whitechapel High Street. Nos 133–4, occupying the site of Jonathan Fullers’ property, was a substantial late-Regency-style house of four storeys, the first-floor windows set in a blind arcade, built in 1842–3 by Merry & Co., wholesale cheesemongers, on the site of the previous No. 133, which they had occupied since 1830, and No. 134. To the rear a warehouse occupied the full depth of the site.

Their successor from 1877, Warren & Bodle, later Warren & Co. and Warren Sons & Co., wholesale provision merchants, acquired the freehold of Nos 135 and 136 in 1885, demolishing them for access to the substantial yard, adding loopholes to the warehouse and building a single-storey office building and entrance gates on the frontage at No. 136.6

The final building demolished to build Cardigan House was a middling eighteenth-century shop-house, No. 137, formerly attached at the west to the Angel and Crown inn and No. 136 to the east, but standing alone since the 1880s demolitions either side. Its final iteration from the 1890s to demolition was as dining rooms, its flank wall a vast advertising hoarding facing the Underground entrance.7  The two houses to the west, Nos 138 and 139, had been demolished in widening Goulston Street in 1883 and occupied the site of the Rummer/Angel and Crown. No. 138 linendrapers and bootmakers till the mid-century then coffee rooms till demolition. No. 139 at the corner was occupied in the 1780s by Joseph Cuff, cheesemonger, later to expand into No. 115, and when sold in 1793 was described as ‘a commodious freehold dwelling house and grocer’s shop, warehouse etc’, by another grocer, and remained in similar use to the 1870s.8

The Aldgate Exchange
Contributed by stephen.r.harris on Dec. 16, 2016

In 1997, part of the ground floor of Oceanair House fronting on to Whitechapel High Street was converted to pub use by the Thorley Taverns pub group.  The pub was called The Aldgate Exchange and it survived until early 2014.

Old Castle Street to Goulston Street: History to 1775
Contributed by Survey of London on July 6, 2018

Until the creation of Goulston Street in the 1680s this section of the High Street contained approximately fourteen houses, with a nameless alley of small houses in the centre (the site of the former NatWest Bank at No. 130), and a yard associated with the mansion of William Meggs at the west. By 1712 there were four holdings of land between Moses and Aaron Alley and William Meggs and his successors’ property.

The first from the east, which ran up the west side of Moses and Aaron Alley with numerous small cottages, was held in 1712 by Richard Ellis, and had a single High Street house, site of the later No. 126. The next was held by a Mr Holland in 1712 and had three High Street houses, the sites of the later Nos 127, 128 and 129, and several smaller houses in the hinterland reached by a narrow nameless alley at the west side. The next was held in 1712 by a Mr Browne, and had two houses, later Nos 130 and 131, several small houses to the rear, the site of the later No. 132, and the final, narrower site adjoining Meggs’s land (that of the later Nos 133 and 134), was held in 1693 and 1712 by Jonathan Fuller, father (1664-1720) and son (d.1756), silk throwers. Occupants of these houses included, from the east, two generations of cheesemongers, Charles (d.1715) and Thomas Boone from the 1690s to the 1730s, a distiller named Robert Williams in a six-hearth house in 1675, adjoining west a seven- hearth house occupied in 1666 and 1675 by Daniel Tredwell, cutler. Tredwell was succeeded in that house or one adjoining by another cutler, Thomas Lenton (d. 1695).1 Fuller’s holding was probably the site in the 1660s and 1670s of a six-hearth house held by William Bartlett, distiller, with a smaller house behind held in the 1660s to 1690s by cornchandlers, Nicholas Knighton (d. 1672) and William Halfpenny (d. 1697).2

The western end of this block was dominated in the sixteenth century by the mansion house of William Meggs. Known as the Hart’s Horne, this evidently took its name from the ‘Hertyshorne’, or ‘le herteshorn’, a brewhouse on the site known from the 1460s.3  In 1596 the Meggs’ High Street frontage included a gatehouse with six hearths.4 The holding was augmented by William Meggs’s son in 1610 and by 1675, in the time of the third William Meggs, there was a Hart’s Horne Yard, containing five houses, including Meggs’s mansion house, by then subdivided, and several other houses, two of them ‘new’, eight households in all of between one and six hearths, plus Meggs’s own portion of fifteen hearths.5 On the streetside were three more houses (two described as ‘new’), occupants including William Padgett (d. 1690), a baker ‘adjoining’ Meggs’s own house.

Goulston Street itself had been developed in the 1680s on part of the Meggs’s Great Garden (qv), as a link to a development by William Meggs III’s nephew and heir, William Goulston. It ran along the line of Boar’s Head Alley and an early development associated with it on the High Street included an inn called the Rummer, at the east corner, known by 1703, when a ticket was issued for a loyal gathering there on 29 May of people all with the surname King.6

The Rummer was there still in 1715, but renamed the Angel and Crown by 1722, which perhaps marks the point when the old Rummer was rebuilt, as an additional house occupied the corner by 1733; the Angel and Crown’s landlord Richard Farmer was succeeded by his widow and then by his son-in-law, Anthony Wall, in 1731.7 Peter Prelleur (_c._1705–1741) had played the harpsichord at the Angel and Crown in the 1720s. In the 1730s the Angel and Crown hosted regular Masonic lodge meetings, and, like the Nag’s Head, the esoteric Ubiquarians.8 Later the Justices of the Peace of the Tower Hamlets sat at the Angel and Crown. Wall died in 1752 and the tavern was sold by the Goulston family in January 1776 along with the rest of the residual Goulston estate – forty houses in Goulston Square and Street and two flanking High Street houses, the Angel and Crown to the east and the Coach and Horses to the west.9 The building was empty by 1778, only the gatehouse and garden occupied. Wholesale rebuilding of the High Street frontage here in the eighteenth century obliterated the multiple occupation of the sites evident from the late sixteenth century, the hinterland largely rebuilt and repurposed as appendages of the main street-side houses.10 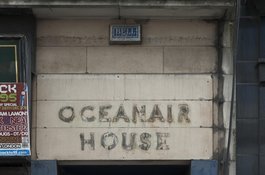 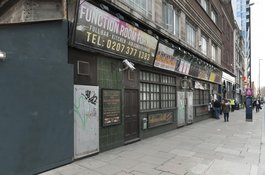 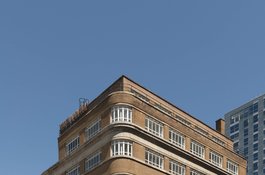 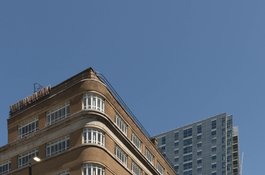