25 Casson Street
Back to Map

This block, once divided north–south by Little Halifax (Tailforth) Street, was redeveloped in 1900–03 as a distinctively homogenous complex of tenement housing. This was the work of Maurice (sometimes Moses) Davis, the eldest of the six Davis brothers who were all builder–developer–architects. Mostly active in Kilburn, where he lived, Maurice was less inclined than some of his brothers to take on East End projects. He obtained 99-year leases from William Dower Wilson and relatives. The architect Howard Chatfeild Clarke, identified as ‘Surveyor’, was an intermediary, drawing up building agreements and very probably though not necessarily architectural designs. Once work had started, the District Surveyor, Arthur Crow, took exception to the density of Davis’s development and enlisted the London County Council to take action against Davis for failing to provide statutory open space behind housing ‘for occupation by persons of the working class’. An initial judgement found in favour of Davis, seemingly because it could not be proven that the incomplete dwellings were intended for working-class people; this was an obstacle the Davis brothers encountered elsewhere. Undeterred, in 1903, once there were some occupants, Crow attempted to ascertain their nature, as well as what exactly was meant by ‘persons of the working class’. The High Court threw the case back to magistrates to take further evidence. Crow found basements used as living quarters when Davis had maintained they were intended only as cellarage. Davis was in Bournemouth, attending his eldest son in illness; his life hereafter was blighted by the early deaths of his sons. In 1905 the architect Lewis Solomon was brought in to produce an independent report. He found the tenements ‘exceedingly well built having regard to the neighbourhood’. Davis accepted his conclusion that five poorly lit basements should not be inhabited. But the LCC thought Solomon’s report inadequate and demanded that nearly all the buildings be reduced in height. Unsurprisingly, Davis rejected this as impracticable and Solomon tried to broker a compromise involving limited reductions in height. Davis did block up the offending five basement fireplaces, but the dispute rattled on inconclusively and in 1907 the LCC’s Solicitor expressed concern about the costs of the dispute. Davis fended off further intervention and the pursuit was given up in 1909.

The buildings (23 of 35 survive) are of red brick with terracotta dressings that include over-door and attic pediments. There are wide tripartite windows and two-room rear-stair layouts, except on the top floors where single large rooms were intended and sometimes used as workshops. Intervening houses along Little Halifax Street were just one room deep and double-fronted. Most early occupants appear to have been of East European Jewish origin, and tailors and furriers were based here into the post-war period. The corner shops originally included a baker and a butcher, at 16 and 20 Spelman Street, respectively. Occupancy became largely Bengali and the bake-house behind 16 Spelman Street was adapted to be the Shah Monowar Ali Sunni Madrasha (school). The southeast (Casson Street/Finch Street) corner of the estate suffered Second World War bomb damage and was cleared, as were the Little Halifax Street houses, opening up space for a playground.1

Maurice Davis (sometimes known as Moses Davis), the builder/architect of this entire block (begun in 1900) between Casson, Spelman and Chicksand Streets, was the eldest of seven sons of Woolf Davis of Spitalfields, all of whom became builders in east London and elsewhere (including the middle brothers, Israel and Hyman, who alone among them traded by the name of Davis Brothers).

All of them built mainly for their own investment rather than selling on. Maurice had been the promoter of Davis Avenue, a unique development of flatted houses, now gone, in Hunt Street, Spitalfields,1 and both developments show his attraction to a measure of decoration. His main work was in west London, where he lived, but his other principal development in East London (1905-6) was a row of shops on the south side of Hanbury Street, nos. 40-66, which, unusually for him, was not his own design.2

This block, originally much denser, led to a long-running battle over the application of the London Building  Acts to the (now gone) minor streets behind the frontages (eg Little Halifax Street); Maurice won some battles against the District Surveyor, but ultimately his point of view lost the war. His campaign of attrition against the LCC about this in the first decade of the 20th century3 may be partly explained by his family's perception that, after losing his two sons in childhood, he had a serious breakdown from which he never fully recovered. 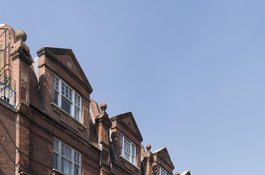 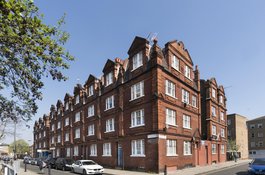 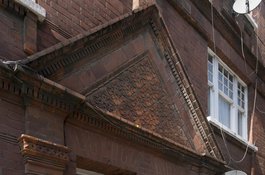 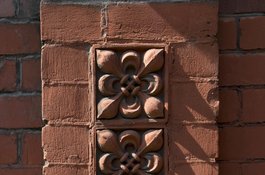 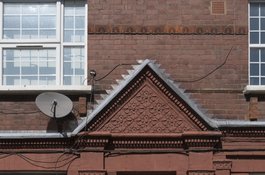 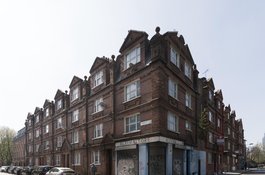 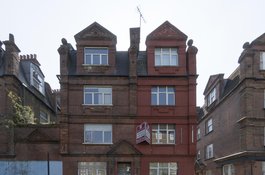