Prior to the school being built the site was used for sugar refining for much of the 19th century. Horwood's early map c.1799 shows only four small buildings, likely houses, at the east corner of Church St (later Hanbury St) and Deal St. The later edition c.1812 shows a small sugarhouse to the east of the site. The first occupants of 12 Church St appear to have been Blankenhagen & Co 1804-5, followed by Herman Almeroth & Co through to 1813, and then the Burnell family for many years. The original building, under the title of Burnell, Geiss & Co, was destroyed by fire in 1821, but rebuilt and considerably increased in size. By 1873 the refinery occupied an area from Church St right back to Pelham St (later Woodseer St) and was run by James Bryant and Thomas Burns Dakin. 1 Church St was renamed Hanbury St, and renumbered, in 1876. 2 As 157 Hanbury St, Dakin ran it through to it's closure in 1888. It was one of the last refineries to close in the East End. 1

It seems reasonable to assume that the original sugarhouse was purpose built. Although small, it would probably have been four or five storeys high, in brick, with small windows, and with loading doors towards the top. The later building would have been maybe seven or eight storeys, in part at least.

"This school was built for the London School Board. The contractors were Messrs. A. Reed and Son of Stratford, whose tender for a school for 1,200 children was for £16,945. The architect was T. J. Bailey and the date of opening was 10 February 1896. 1 The building is three storeys high, built of stock brick and hard vermilion brick with some Portland stone dressings, the elevations being divided by pilasters into bays, each three windows wide. The ground storey is rusticated above a plinth of purple engineering brick and there is a moulded band at first-floor and roof levels. The playground on the roof is screened by a high parapet with rectangular openings containing decorative iron grilles. The thin crowning cornice carries stone vases. The south front is five bays wide with a low wing to the east. The end bays are treated differently, the eastern one being pedimented, with stucco ornament in the tympanum. The north front is asymmetrical with a huge segmental bow near the centre topped by a stone balustrade. To each side are dissimilar pedimented wings."

The building continues its use as an establishment for education and training, having been opened in 1896 as the Deal Street Elementary School and renamed later as The Robert Montefiore School. 1

Rosemarie's memories of going to school at Robert Montefiore in 1960s:

I was toilet paper monitor when I reached the upper ages of the school. Toilet paper was not in abundance at the school. We used Izal paper which not so many people remember now. You were given the duty of standing outside the loos (girls and boys) and giving two sheets of paper to each person who entered. Only two sheets! You'd never do that now.

My grandfather Samuel Rubein had a tailor's shop at 41 Hanbury Street and lived with his wife and five children above the shop. The three boys could not go to bed until their father had finished playing cards; they shared a bed. My father used to garden on the flat roof; how this came about we do not know. He did a part-time degree and graduated with a BSc going on to become a science teacher a various schools in the area. In particular he taught at Robert Montefiore. He and my mother also took a hundred Jewish children, evacuees, to Constantine in Cornwall, where he worked at the local school and then volunteered for the RAF. We have no details as to how he took the children but his parents and in-laws also went. We would love to know more about his involvement and how it came about. 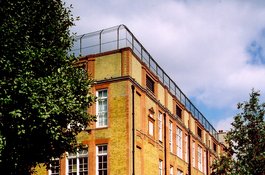 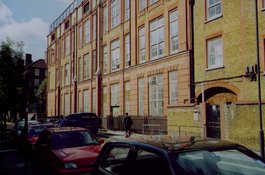