2000–1 flats, on the site of the Destitute Sailors' Asylum

Mid nineteenth-century buildings that had been Dwelley & Boswell’s two- storey brick wheelwrights’ workshops and smithy at 20 Ensign Street saw later use for cardboard-box, gown and furniture manufacturing, standing alongside the former Destitute Sailors’ Asylum at what became 20–22 Ensign Street. In 1986 Peter Newson Associates, then active at Wilton’s Music Hall, put forward a scheme for a five-storey building on the site, proposing flats above light- industry workshops. Two years later Pierhead Properties Ltd followed with plans for a six-storey mixed-use range designed by Penoyre & Prasad, architects, but these stayed unbuilt. The site was cleared once planning permission had been secured in 1997, but it was 2000–01 before the twenty-five flats called Onedin Point went up in a version of Docklands Postmodernism plainer than that prefigured in the late 80s scheme.1

The Destitute Sailors' Asylum (demolished)
Contributed by Survey of London on March 1, 2019

The Destitute Sailors’ Asylum first opened in 1828 in a converted warehouse on Dock Street, the Asylum was established by the Rev. George Charles ‘Boatswain’ Smith and associates, notably Capt. Robert J. Elliot, to address rough sleeping by seamen bereft of work and money. Unlike the Well Street Sailors’ Home that opened in 1835, it provided shelter at no charge for unfortunate seamen, some victims of shipwreck or infirmity. It comprised a soup kitchen under three open upper storeys laid with straw for sleeping quarters, and offered help finding places on outward-bound ships; 2,000 men were admitted in its first year. Its first address was always thought temporary. In 1835, following the collapse of Smith’s scheme for a rival sailors’ home, and having secured a lease with 56 years to run and the patronage of the Duchess of Kent and Princess Victoria, the Asylum moved to purpose-built premises on the west side of Well Street, later 22 Ensign Street, at the south end of the site now occupied by Onedin Point. The architect was Henry Roberts, early in his career after he had gained notice for designing Fishmongers’ Hall. The connection was evangelical Christianity, Roberts probably introduced to Elliot by the Rev. Baptist Wriothesley Noel. This job evidently captured Roberts’s imagination and conscience; hereafter much of his working life was devoted to architecture for housing the poor. The building was a simple seven-bay two-storey range with a rusticated stucco façade. There was a ground-floor living or mess room below a dormitory, with an office and kitchen to the north below rooms for the superintendent. From the 1840s it was managed with the Sailors’ Home, and by 1871 49,304 destitute sailors had been helped. The Well Street Asylum closed in 1886 in favour of a new building in Gravesend. It was subsequently used as a Mission to Seamen with an upper-storey chapel, then from the 1920s for diverse manufacturing and warehousing purposes. It was demolished as recently as the 1990s.1 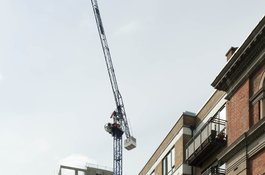 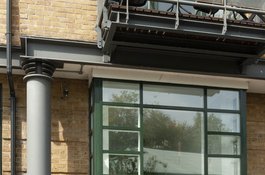