137 Leman Street
Back to Map

This double-fronted three-storey and attic house appears to have been built around 1825, seemingly a speculation by John Restall, a carpenter who in 1808 took a lease of this frontage and a large site to the rear that ran to 1856. The roadside had previously accommodated part of his workshops. The house has impost bands to its first-floor blind arcading, originally probably of artificial stone but remade, and there was once an ornamental fanlight in a ground-floor façade that has been rebuilt. The property line at the time of building forced an unusual plan, a three-room layout, one room deep to the south with the staircase between front and back rooms to the north.1

From 1839 to 1845 John Liddle (1805–85), Medical Officer of Health to the Whitechapel Union from 1838, lived in this house, having resided close by since birth. His father, also John Liddle, a druggist/chemist, owned and lived in a house on the east side of White Lion Street at the Rosemary Lane (Cable Street) corner by 1790 and into the 1830s.2

Restall’s property, the house and the large yard to the rear, was reunified with the former Rohde yard to its north up to Hooper’s Square by 1850–1 when Charles & John F. Bowman, sugar refiners, replaced the earlier sugarhouses and associated buildings on this backland with a substantial ten-storey refinery with linked three-storey warehousing, employing Charles Dyson, architect, and Thomas Burton, builder. ‘Fireproof’ construction included wrought-iron girders to iron-plate and slate floors. The house at No. 137 was adapted to be a manager’s house and offices. The Bowmans fell bankrupt in 1866. The freehold of the site and its buildings (including an artesian well) was auctioned in 1868 and in the following year Joseph Devitt & Co. adapted the refinery to be wool warehouses, keeping No. 137 in use as a front office. In 1870–1 Devitts added a new five-storey ‘fireproof’ warehouse to the southeast, and raised and extended warehouses to the north to five-storey heights, incorporating Dennett & Ingles lime-concrete arches on wrought- iron girders.3

Proprietorship passed to Hyatt, Devitt & Parker, thence to Hyatt, Parker & Co. by 1881 when the top five storeys of the refinery were taken down and replaced with two storeys with greater headroom, and the southern warehouses were each raised a storey under glass roofs for the shewing of wool and, at least once, the exhibiting of pictures. In 1885 the complex was acquired by the London Tilbury & Southend Railway Company for warehouse use pending completion of its Commercial Road goods depot. For a brief period the East and West India Dock Company stored tea and other produce here, then what came to be called the Hooper Street Warehouses reverted to use for wool storage by C. H. Cousens & Co. from 1888 until 1925. In 1889 the northern warehouses were each raised a storey to plans by Herbert O. Ellis. From 1926 the London Midland & Scottish Railway Company, the freeholders, used the buildings for its own warehousing purposes and let out sections, to the Cockerill shipping line for glassware, the Gillette Razor Co., and in the 1930s, the Co-operative Wholesale Society for its slipper department. The complex continued in warehouse use until the mid 1970s when it was demolished.4

No. 137 retained association and served as the railway company’s Goods Manager’s office from the 1880s to the 1920s, with some rebuilding to the rear in 1905. It saw brief use as a blouse and then a gown factory before the Second World War. Thereafter it was adapted to be a restaurant with bed-and- breakfast accommodation, run in the 1950s by Hersi Hassan and Ahmed Hassan. In 1995 John Polycarpou formed a basement wine bar. Refitting for the establishment of the Red Chilli restaurant in 2005 was by Papa Architects Ltd and there are flats above.5 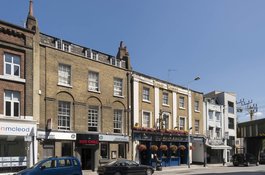 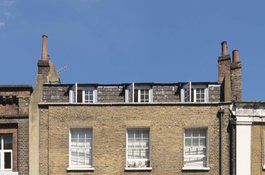