25 Whitechapel Road
Back to Map

William Forster's house of c.1750 and subsequent developments at 25 Whitechapel Road
Contributed by Survey of London on March 1, 2017

In a section of Whitechapel Road that had many inns, taverns and beer-houses in the early eighteenth century, the Angel and Still was on the site of No. 25, next door to the Green Dragon Inn (on the site of Nos 21 and 23, under which is an entrance to Green Dragon Yard). William Forster, a distiller, had this property by the 1740s and appears to have redeveloped it c.1750. Forster’s substantial four-storey double-pile house seemingly survives, retaining a brick front with a plat band, later rendered white. It was raised with a mansard attic c.2003. Plans of that time indicate a central-staircase plan with a semi-circular top-lit open-well staircase between the chimneystacks on the house’s east side, possibly stemming from early nineteenth-century alterations.

Forster’s distillery to the rear was taken over by Samuel Davy Liptrap in 1767, initially a starch maker who diversified into great prosperity. Forster was followed in the house in the 1780s by Thomas Ceal (1758–1846), a manufacturing tobacconist, who rebuilt to the rear aroudn 1820 and was succeeded by Ceal & Huxley, then by 1850 by Thomas Huxley, who as Huxley & Co. continued into the 1890s, extending to No. 23 by 1880, behind which a new workshop was built in 1892, with that at No. 25 enlarged in 1897. Workshops behind No. 25 were converted in 1901, by J. Silverman with Herbert Winstanley as architect, to be Russian Vapour Baths, also accessible from 18 Old Montague Street. There was a cooling room over the Whitechapel Road shop, which was now selling furniture, and behind there were shampooing rooms, slipper baths and a club-room. By 1911 the shop and house were occupied by Louis Suss, a funeral photographer. No. 25 was raised with a mansard attic c.2003.1 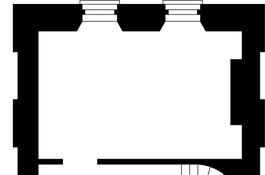 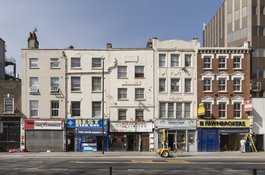