55 Mansell Street
Back to Map

Aliffe House and 49–55 Mansell Street
Contributed by Survey of London on May 5, 2020

In the 1680s, the site now occupied by Aliffe House was divided into four plots addressing Mansell Street, two with large double-fronted mansions, and two to the south with smaller houses, all set back behind forecourts, and of three storeys, basements and attics. The house to the north, which became No. 49, was insured in the 1750s as having ten rooms, six of which were fully panelled and four half-panelled, with eight marble and two Portland stone chimneypieces. It had an attached two-storey coach-house and stable block on the Alie Street corner.1

This house was held by Captain William Tompson in 1693–4. John Shore (d. 1741) was present by 1733. He was a ‘husband to the shipping’ of the East India Company as its warehouse-keeper at Botolph Wharf, west of the Custom House. Shore left the house to Mary Dorothea Shepheard, the step-daughter of John Shepheard, a friend and another East India Company officer, until his son, Thomas Shore, returned from India in 1743 when Mary Dorothea and Thomas married, soon thereafter moving to Wanstead. Captain John Pelly, another East India Company servant, lived in the house until 1750 when it went to William Massa, who was Master of the Worshipful Society of Apothecaries at his death in 1756. His daughter, Elizabeth Massa, stayed on, and then William Complin (1729–1808), another apothecary, was in the house from around 1774 to 1792. Soon thereafter, Nicholas Birch, Complin’s son-in-law and a surgeon, who had been round the corner on Alie Street, took the house, staying until his death in 1833; his son, George Birch, also a surgeon, may have followed.2

In the 1840s, No. 49 was occupied by David Abarbanel Lindo (1772–1852), a merchant and an influential member of Bevis Marks, and his wife, Sarah (née Mocatta). A qualified _mohel _who had circumcised his nephew Benjamin Disraeli in 1804, Lindo was known for his Orthodox inclinations as a prominent member of the Sephardi community. He had based his commercial activity in Goodman’s Fields since at least the 1790s, with property at Haydon Square, and a base at 86 Leman Street in the 1830s prior to his move to Mansell Street. Lindo’s third daughter, Abigail (1803–1848), one of eighteen children, was an innovative lexicographer, best known for publishing a Hebrew-English dictionary in 1846.3

From the 1860s until his death in 1881, Godfrey Jacob Fles, a Dutchman, ran a small but distinguished school for young Jewish gentlemen here. Then the German Hospital briefly used the building as their Eastern Dispensary, where it was noted that nearly all the patients were Jews. By the 1890s the house had been made a warehouse for Abraham Friedman, a cap maker, who relocated to Leman Street around 1900.4

Next door, what became No. 51 was another locally typical wide late seventeenth-century mansion. It became a notable Jewish social resort in the nineteenth century on account of a large hall in the garden. James Rutteer had the property in the 1690s. In the 1730s and ’40s, the house, as yet unimproved, was held by Ruth Collier (née Woodhouse, d. 1756), a Particular Baptist and the widow of Richard Collier (d. 1731), a grazier, with her son Nathaniel. They departed to Bloomsbury and from 1751 to 1755 the house was occupied by Sir James Creed, an East India Company director. In the 1760s and ’70s it was leased by Francis Benson, a silkthrower. The next two decades saw a changing roster of prosperous but short-term tenants, including Esther Nunes Sierra, Benjamin Dixon, a corn factor, and Solomon Barent Gompertz, a diamond merchant.5

Looking back to the 1750s, the Jewish Chronicle reported in 1887 the fable that Judith Levy (1707–1803), ‘the Queen of Richmond Green’, a widow and the daughter of Moses Hart, the founder of the Great Synagogue, owned this property and built an extensive hall and kitchens to host a party on the eve of the marriage of her only surviving child, Isabella Levy, to Lockhart Gordon in 1754. The story related that Isabella died that night, and that her heartbroken mother instructed the house to be immediately shut up. On Levy’s death in 1803, Dr Joshua Van Oven, founder of the Jews’ Free School, the Jews’ Hospital and Orphan’s Asylum, was said to have found, ‘everything, even to the bride’s wedding dress … as it was on that ill-fated night’.6 In fact, Isabella Levy had married almost a year before her death in 1756, and Judith Levy lived in a house on Wellclose Square and held another on the west side of Mansell Street, but not on the east side. That such a yarn should enter circulation and be published in the late nineteenth century belies a desire not only to connect the locale’s faded grandeur with its wealthy Jewish residents of the past, but also to explain what was an unusually grand hall behind 51 Mansell Street.7

There was a large building in the garden of No. 51 by 1813 when Hymen Cohen, a wealthy Jewish merchant, whose library included 500 books, was present, being resident here from 1807 to 1848. But this was not the hall of legend.8 After Cohen’s departure, probably around 1855, the Lazarus family, established merchants and manufacturers on Mansell Street, converted the existing ‘excellent suite of rooms’9  to use as assembly rooms, enlarging the premises with a long range over the whole southern part of the garden, probably what was reported as a ballroom with a capacity of 300. Known as Zetland Hall, these rooms were used for Jewish social gatherings. Around 1860, hospitality was handled by Asher Barnett, a Middlesex Street cook and confectioner, who also advertised a dancing academy here.10  For a few years after its formation in 1869, the Netherlands Choral Society, a long- running Jewish group that originally sang in Dutch, used the building as its base. Into the 1870s, the hall was also used by Elias Zuesman as coffee and dining rooms ‘for gentlemen’, with sections of the house converted into a hotel. Finally, the house was also associated with the East London Ragged School Shoeblack Society, some rooms functioning as the eastern of two Mansell Street refuges from the 1850s to the ’70s. By 1892, No. 51 had been renamed Clarendon Hall and attracted scandal, illicit gambling having been uncovered in a police raid.11

To the south there was a pair of smaller yet still commodious houses (Nos 53 and 55), inhabited by Thomas Howson and Bernard Codard in 1693–4 and Martha White and Jacob Wakeling by 1733. William Denman (1721–1788), a gun-stock maker, and John Everard (d. 1788), a citizen Skinner, had succeeded by 1770. Ann Denman, widow and heir, continued at No. 53 until after 1800. They were tenants of Edward Hawkins who had a sixty-one-year lease from 1772. No. 53 was said to be newly erected in 1814 suggesting rebuilding. Residents in the early decades of the nineteenth century included Asher Asher, a stationer, and Charles Isaacs, a solicitor, Jacob Abrahams and Kusel Meyer, both merchants, and Moses Phillips, a jeweller.12 From the 1840s to the 1870s, No. 53 housed Henry Samuel, a surgeon. During the later part of this period, Lansdowne Cottages, six tiny two-storey one-room-plan dwellings, were inserted in the gardens, facing a narrow court off Tenter Street West. On Samuel’s departure, No. 53 was subdivided into apartments, as No. 55 already had been.13

The house at No. 49 was cleared to make way for a large corner warehouse, erected in 1904 for Samuel and Henry Harris, harness-polish makers and merchants of 57–59 Mansell Street. The architects were Frank Selby and Arthur Vernon Kislingbury, the builder Henry Goldman of 25 Commercial Road. The principal tenant was Hammer, Theelen & Co., a wholesale clothing company also identified as Japanese silk merchants, founded in 1904 with a New York branch, Ellenberg, Theelen and Hammer, though this was dissolved in 1909. In that year Selby oversaw extension of the warehouse complex in two directions, along Mansell Street, replacing Nos 51–55, and along Alie Street, where it replaced another house (No. 2) and where the building line had been changed to allow road widening in 1905–7. Joseph Tetley took the east wing as a tea warehouse from around 1912 to 1946. The south wing housed Charles Pearson & Son, commercial stationers and printers, from the outset until about 1960. Founded in the late nineteenth century as Pearson, Son, and Hurran, this company had four City shops by 1901 when Charles Edward Pearson bought out his partners. From the 1960s the whole warehouse complex was in rag-trade use.

Selby and Kislingbury’s warehouse group was dignified, grandiloquent even, classically embellished and with careful symmetry, swinging confidently round the corner where two storeys of rustication emphasised the curve below a two- storey Doric Order that fanned out along the wings. On Alie Street, a loophole bay marked the junction with the corner block. On Mansell Street shopfronts projected beyond a rusticated arch over a passage to a rear service yard. That was built over in 1926 by I. J. Galinski to form a motor garage.14

This large corner site was redeveloped in 1989 as Aliffe House. Planning permission in 1987 followed a failed proposal two years earlier. This was a speculation by Roy Sandhu, a textile entrepreneur, through Roy Properties (or Roy Developments Ltd), for which I. B. Mistry was the Group Architect. Aliffe House was designed by Trehearne & Norman Architects and built by Woolf Construction Management Ltd. The six-storey block was yet larger than its predecessor, extending back to replace the garage at the corner of North Tenter Street and West Tenter Street. The National Westminster Bank (later RBS) were tenants until after 2008, World Pay followed, then from about 2016 Sungard Availability Services, data-recovery specialists. The property was sold to a Middle Eastern investor for £40 million in 2017. Aliffe House parodies the parti of its predecessor. At the prominent corner three glass lift-shaft cylinders rise to an outsized rooftop plant-room and generator that loom over passers-by like a flying saucer. The almost symmetrical flanking stone-clad elevations have classicizing details that are neither less meretricious, nor as funny. The ‘triple test-tube’ external lifts have been cited as one of a handful of Postmodern gestures in ‘City’ office blocks that ‘still raises a smile’.15

The west end of the south side of Alie Street has been a flank return to a succession of buildings principally fronting Mansell Street, most recently Aliffe House. The warehouse that was that building’s predecessor also took in the site of Alie Street’s westernmost house in 1904 just before this end of Alie Street was widened. The early eighteenth-century house, which had been set slightly forward of its easterly neighbours, had an 18ft frontage and two- room plan in three-storeys, a basement and attic. It incorporated a counting house on its ground floor, and had access to the Tenter Ground from its yard. The earliest recorded resident from 1733 was Richard Pidgeon. Archer James Oliver (c.1774–1842), later a portrait painter, spent his childhood here. In the first decades of the nineteenth century the house was owned and occupied by Joseph Lachlan, a ship broker and convict contractor, after which it was occupied by a series of clothiers.1

Notes and photos
Contributed by Survey of London on Sept. 4, 2017

Daniel Goff, gunmaker, at 39 Mansell Street and elsewhere
Contributed by Trevor_Whitby on Nov. 19, 2018

Regarding the article on insurance records posted by Derek Morris, I am blood-related to Daniel Goff, London gunmaker (Survey of London note - who, among other places, had premises at 39 Mansell Sreet, on this site), through his brother Branch Goff. Daniel was apprenticed to William Brander, Daniel being the successful gun-making brother, contractor to the East India Company and the Board of Ordnance. 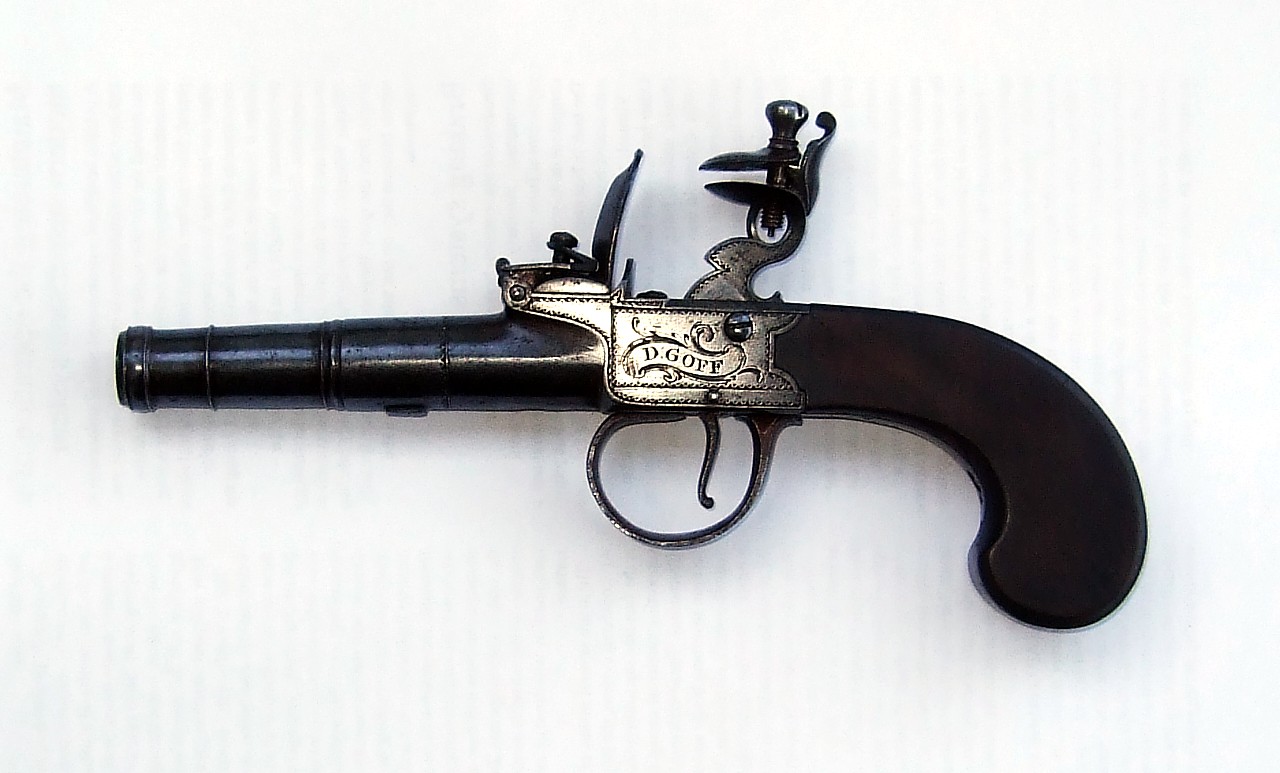 He was also one of the contractors supplying weapons used during the American War of independence. Daniel supplied and serviced weapons for the Mansion House arms chest during the Treason trials period, also offering his services to the London Militia and was Master Gun maker of the Gun Makers Guild (four times) and Serjeant of the Mace for the Mansion House. The Goff family were gunmakers through to the 1930s. 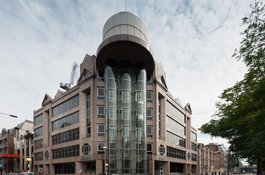 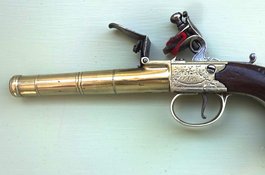 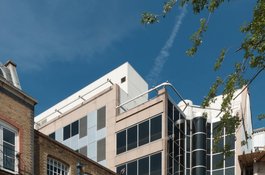