This 60ft frontage, probably already then built up, was the subject of a manorial lease of 99 years in 1670 to Sarah Wadeson, a local widow. Divided into four plots, the two to the east were converted to be a public house, the ‘Red Lyon, Towns End’, that was here by 1730 and perhaps much earlier. Sir Benjamin Truman took a new lease of the group in 1764 and his successors at the Brick Lane brewery held the property into the nineteenth century. The present asymmetrical and loosely Italianate four-storey five-bay block was built in 1846–7 as four properties, the Red Lion to the east larger than the others with two closely spaced window bays. William Harrap, a Finsbury carpenter, was the builder for William Walker of St Martin’s Lane. The pub became known as the Old Red Lion around 1900, having gained a top-lit back building. It closed in 1991. In 1912 Isaac Rachovitch, a ‘talking-machine dealer’, was at No. 215. A century later white paint was removed from the whole group and new shopfronts were fitted.1 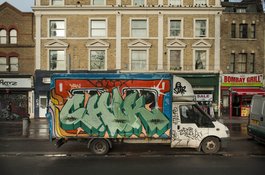 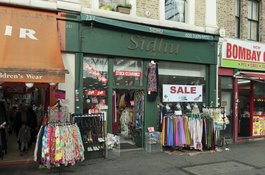