129 Whitechapel High Street
Contributed by Survey of London on July 6, 2018

These modest shop-houses are survivors from the late eighteenth to mid nineteenth century, albeit heavily altered when combined into one building in 2007–8 when the owner, S. Reiss, occupant of the shop, converted the upper floors of Nos 128 and 129 into five flats served by a single staircase, to the designs of Clements & Porter, architects.1

No. 129 is a more substantial building of uncertain origins, probably early nineteenth century though extensively altered in 1876.2 From _c._1829 until 1875 it was a wholesale ironmongers, Thomas Elton (previously at the diminutive No. 125), then Elton and Joyce continued from 1841 by Joshua Joyce who built extensive stores in the yard and those of Nos 127 and 128. He remained in occupation, with C.T. Blackman, a surgeon, on the upper floors, till the copyhold of the building was acquired in 1872 near the expiry of Joyce’s lease by Brooke Bond, the start of major expansion of this Manchester tea dealers in Whitechapel, which eventually occupied several large buildings in Goulston, Old Castle and Tyne Streets. Brooke Bond rebuilt the upper floors with a double mansard attic on the deep building, using it as offices, and rebuilt the rear stores as warehousing, elaborating the frontage with rusticated quoins and vaguely Mannerist embellishments to the windows in 1909-10 during major works to its Castle Alley property, probably to the designs of William Dunk (1843-1924), their warehouse architect. The top floor was destroyed in the war. The building was acquired by National Westminster Bank in 1951 pending reinstatement of their premises next door at No. 130 and the basement, ground and first floors were used from 1952 as a branch, after alteration by Mansfield & Neil Ltd to the designs of the Bank’s in-house architect, S.G. Lawrence, and the top floor was rebuilt in replica in 1956-7 by W.J. Cooper (Barnsbury) Ltd to the designs of F.G. Frizzell, architect.3 After the new bank at No. 130 reopened in 1959, No. 129 was altered back to a shop with a shopfront by Howfronts of Ilford and became S. Reiss menswear, founded in 1929 by Sam Reiss (1903-95), formerly in Brick Lane and Bishopsgate (a shop taken over by his nephew whose son David went on to found the global clothing brand Reiss). Reiss removed next door to No. 128 in 1988.4

Old Castle Street to Goulston Street: History to 1775
Contributed by Survey of London on July 6, 2018

Until the creation of Goulston Street in the 1680s this section of the High Street contained approximately fourteen houses, with a nameless alley of small houses in the centre (the site of the former NatWest Bank at No. 130), and a yard associated with the mansion of William Meggs at the west. By 1712 there were four holdings of land between Moses and Aaron Alley and William Meggs and his successors’ property.

The first from the east, which ran up the west side of Moses and Aaron Alley with numerous small cottages, was held in 1712 by Richard Ellis, and had a single High Street house, site of the later No. 126. The next was held by a Mr Holland in 1712 and had three High Street houses, the sites of the later Nos 127, 128 and 129, and several smaller houses in the hinterland reached by a narrow nameless alley at the west side. The next was held in 1712 by a Mr Browne, and had two houses, later Nos 130 and 131, several small houses to the rear, the site of the later No. 132, and the final, narrower site adjoining Meggs’s land (that of the later Nos 133 and 134), was held in 1693 and 1712 by Jonathan Fuller, father (1664-1720) and son (d.1756), silk throwers. Occupants of these houses included, from the east, two generations of cheesemongers, Charles (d.1715) and Thomas Boone from the 1690s to the 1730s, a distiller named Robert Williams in a six-hearth house in 1675, adjoining west a seven- hearth house occupied in 1666 and 1675 by Daniel Tredwell, cutler. Tredwell was succeeded in that house or one adjoining by another cutler, Thomas Lenton (d. 1695).1 Fuller’s holding was probably the site in the 1660s and 1670s of a six-hearth house held by William Bartlett, distiller, with a smaller house behind held in the 1660s to 1690s by cornchandlers, Nicholas Knighton (d. 1672) and William Halfpenny (d. 1697).2

The western end of this block was dominated in the sixteenth century by the mansion house of William Meggs. Known as the Hart’s Horne, this evidently took its name from the ‘Hertyshorne’, or ‘le herteshorn’, a brewhouse on the site known from the 1460s.3  In 1596 the Meggs’ High Street frontage included a gatehouse with six hearths.4 The holding was augmented by William Meggs’s son in 1610 and by 1675, in the time of the third William Meggs, there was a Hart’s Horne Yard, containing five houses, including Meggs’s mansion house, by then subdivided, and several other houses, two of them ‘new’, eight households in all of between one and six hearths, plus Meggs’s own portion of fifteen hearths.5 On the streetside were three more houses (two described as ‘new’), occupants including William Padgett (d. 1690), a baker ‘adjoining’ Meggs’s own house.

Goulston Street itself had been developed in the 1680s on part of the Meggs’s Great Garden (qv), as a link to a development by William Meggs III’s nephew and heir, William Goulston. It ran along the line of Boar’s Head Alley and an early development associated with it on the High Street included an inn called the Rummer, at the east corner, known by 1703, when a ticket was issued for a loyal gathering there on 29 May of people all with the surname King.6

The Rummer was there still in 1715, but renamed the Angel and Crown by 1722, which perhaps marks the point when the old Rummer was rebuilt, as an additional house occupied the corner by 1733; the Angel and Crown’s landlord Richard Farmer was succeeded by his widow and then by his son-in-law, Anthony Wall, in 1731.7 Peter Prelleur (_c._1705–1741) had played the harpsichord at the Angel and Crown in the 1720s. In the 1730s the Angel and Crown hosted regular Masonic lodge meetings, and, like the Nag’s Head, the esoteric Ubiquarians.8 Later the Justices of the Peace of the Tower Hamlets sat at the Angel and Crown. Wall died in 1752 and the tavern was sold by the Goulston family in January 1776 along with the rest of the residual Goulston estate – forty houses in Goulston Square and Street and two flanking High Street houses, the Angel and Crown to the east and the Coach and Horses to the west.9 The building was empty by 1778, only the gatehouse and garden occupied. Wholesale rebuilding of the High Street frontage here in the eighteenth century obliterated the multiple occupation of the sites evident from the late sixteenth century, the hinterland largely rebuilt and repurposed as appendages of the main street-side houses.10 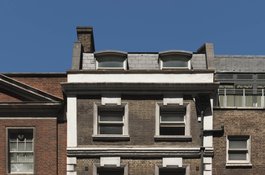