The White Swan
Back to Map

White Swan public house, 21 Alie Street
Contributed by Survey of London on May 6, 2020

The White Swan has operated on this site from at least 1825 when Claus Helmcken (1781–1839) became the licensee. An earlier public house may have been rebuilt around this time, to a greater depth and rising to four full storeys. The pub stayed with the Helmcken family until 1864 and German proprietorship continued into the twentieth century. Dr John Sebastian Helmcken (1824–1920), founding president of the British Columbia Medical Association, grew up here, his parents being the landlords. He described the Alie Street of his childhood in memoirs, deeming it ‘highly respectable’, with ‘a number of houses that at some distant period had been occupied by grand people’.1

The White Swan was reconstructed in 1988 when it came to be linked to Central House, the adjacent office building to the east. The front wall was rebuilt in crude but conservative form, rear parts were demolished and a second entrance was formed in the office block into which a ground-floor bar extends.2

Of German ancestry, John Helmcken's father and mother ran the White Swan Pub on Alie Street in the early-mid nineteenth century. Helmcken grew up there and latterly recorded his memories, which were edited and published by Dorothy Blackey-Smith in 1975 under the title 'The reminiscences of Doctor John Sebastian Helmcken'. Below is an extract relating to his childhood:

"[Great Alie Street] was a highly respectable street, the Bowmans, Goodmans, McMurdos [?] - some government offices and a number of houses that at some distant period had been occupied by grand people. Dr Graves lived exactly opposite our house. There was a blacksmith's shop at the rear and a carpenter's shop, belonging to Mr Branch, had been a stately mansion, with grounds surrounding: the front was still covered with a grape vine, which bore fruit abundantly, but did not always ripen.

There were the four streets - Alie, Leman, Prescott and Mansell, all respectable streets, and named after four [sons-in-law?] or grandsons of Goodman, who had been interested in the West Indies, but the estate or part of it was now in chancery. The Goodmans in my day had some coloured servants - and coachman. At the end of Little Alie Street was a place called Goodman's Stile, I suppose which used to be a stepping place into Goodman's Fields. In the rear of these four streets, was a large quadrangular field, unenclosed and barren, called by us the 'Tenter Ground' and here soldiers from the Tower of London used occasionally to be exercised, whilst young Goodman interested himself in breaking in trotting or other horses. This was our playground.

On our side of the street stood Bowman's sugar refinery, and at the rear of our house, (having a black door leading to it) was a square - surrounded by sugar refineries, belonging to the Bowmans, Cravens and others. Immense buildings occupying acres! These were all ruined by Free Trade. How many times did I play in and about the refineries altho forbidden to do so! I learned all about sugar refining without knowing it. Later on I saw waggon loads of beetroots carried into the buildings. Sugar was to be made from beetroots. The experiments failed and one after the other the refineries shut down.

There was a broad yard to our house, paved with flag stones, and huge walls on each side, the walls of other houses or boundary walls. Here was a good place to play ball and what not and a quiet place for mischief too, at least it would have been, had not neighbouring windows overlooked it! Alie Place was a good place too, but Mrs Graves would not allow play there; that is to say when the boys became boisterous she ordered us all home - and we obeyed; sulkily if you please." 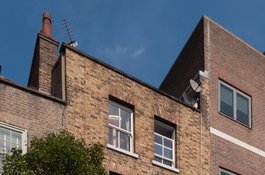 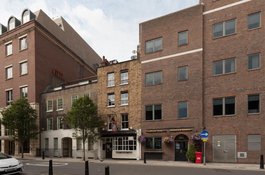