Drinking Fountain
Back to Map

This drinking fountain was erected in 1860 on the Whitechapel Road railing near the east end of the seventeenth-century Church of St Mary Matfelon. It is inscribed ‘from one unknown yet well known’, perhaps a reference to the Rev. William Weldon Champneys who departed Whitechapel in that year, which is early for a public drinking fountain.

In a gabled ragstone surround it has a Norman arch with pink granite colonettes and back panel. The form of the inner parts closely followed the example of London’s first free drinking fountain, put up at Snow Hill in 1859 to great public rejoicing. The larger Whitechapel fountain was to have been rehoused in an apsidal recess, centred between seats in an equivalent position, but was instead moved round to Church Lane in 1879, then, presumably to make way for the Clergy House (2 White Church Lane) in 1894, moved again a bit further north where it has stayed in front of a surviving section of the railings of the 1870s. 1 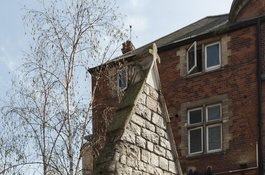 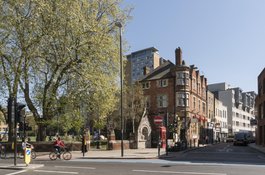 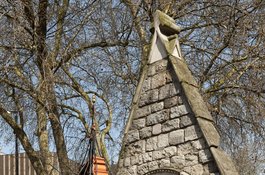 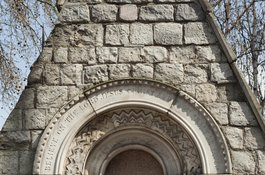