1970, warehouses with offices, converted to workshop and restaurant use

The site that is now 11A–11C Dock Street was laid out with stabling and sheds around an open yard in 1863–4 and first occupied by Thomas Howey & Co., carmen. The Millwall Dock Company took the property as a cartage depot in 1873 and rebuilt some of the stabling in 1885–6. This use continued into the 1920s when the property was given up by the Port of London Authority, into which the dock company had been merged. The site became a furniture factory then a motor garage, cleared save for petrol pumps by 1958. The present three-unit warehouse with an upper storey to the front for offices was built in 1970 for Third Gulliver Property, employing Douglas Marriott, Worby & Robinson as architects, and White Bros (Bermondsey) as builders.1 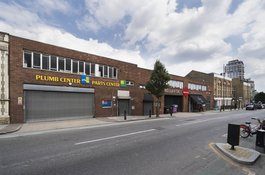 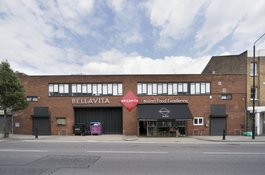