189 Whitechapel Road
Back to Map

1900 as a mission hall for the Hebrew Christian Testimony to Israel, William Alfred Pite, architect

An earlier house on this site was probably rebuilt as a roomy shop around 1827–8 for Hugh McDevitt and George Moffett, linen drapers. The drapers’ premises became a carpet and furniture warehouse in the second half of the nineteenth century, winding up as the Bürgerliches Casino Club in 1899.1

The present tall four-storey brown-brick-faced building was erected as a mission hall in 1900 for the Hebrew Christian Testimony to Israel, which had been founded by the Rev. David Baron and Charles Andrew Schönberger in 1893. Baron, Polish born, converted from Judaism to Christianity as a young immigrant in Hull and worked there with the Mildmay Mission to the Jews. As a missionary he was a prolific writer. The older Schönberger was Hungarian and already a convert when he came to London in 1891. Their joint project in the promulgation of unsectarian Protestantism operated from makeshift premises at first. In 1897 Lord Blantyre gave them financial backing for the establishment of a permanent home. Richard Cope Morgan, editor of 'The Christian', was also involved. Their architect was William Alfred Pite, older brother of Arthur Beresford Pite and principally a hospital architect. The builders were E. Lawrance & Sons. The pilastered ‘shopfront’ was topped by a stylishly proportioned inscription, in English and Hebrew. The institute had a ground- floor mission room for bible readings and a first-floor assembly room, with a classroom and dwelling rooms above. There was also a library/reading room and the premises were used for printing mission literature. The mission departed around 1980, its larger site having been compulsorily purchased by the Greater London Council for the Davenant Street Development. After a period being boarded up, the Academy Drama School, founded by Tim Reynolds and incorporating the Andrew Sketchley Theatre, was here from about 1988 to 2007. The upper storeys were converted (without planning permission) to five flats in 2008, by Charterhouse Design and Build Ltd for S. S. Gill and P. S. Gill. The ground floor is in use for clothing wholesaling.2 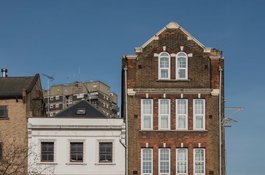 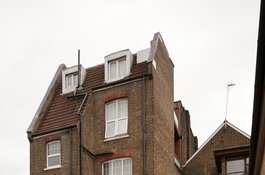