Nos 28 to 42 Old Castle Street, part of the regeneration of the New Holland estate, have a frontage ‘conceived as a reinterpretation of the traditional terraced street’, with two-storey maisonettes entered at ground level, shallow private gardens (also to the rear) and two floors of flats above, the top floor set back to create west- facing terraces for the top-floor flats. Adjoining this block to the north is New Evershed House, run by One Housing which manages the housing of the Toynbee hall estate, a block of affordable-rent flats, running along Resolution Plaza to meet the glazed office plinth of 3 Resolution Plaza. It features a modest number of projecting balconies with coloured glazing, and the two blocks are finished in ivory Ibstock brick. New Evershed house takes its name from Evershed House, the Toynbee Hall estate block opened in 1970, that stood on the site of Bradbury Court.

My 28 years in Old Castle Street
Contributed by Gulam_Mostofa_Chowdhury on Sept. 11, 2017

"I’ve lived in Old Castle Street with my family for about 28 years. I came to Whitechapel from Cardiff as my parents were already living here and felt very comfortable as there were so many people from Bangladesh already settled in the area. Everything here is very close by - the hospital, the shops, the market, the Mosques and the public transport is very good. I feel very safe here.

My children have all used the local schools and so far, two of my daughters have gone onto university; I hope my third daughter and my only son will follow them into further education."

Chowdhury’s married daughter also contributed saying “As I now live in Camden I find there’s less of a choice of shops to get Halal meat, I have to go further, there is less variety on offer and it’s often more expensive. I always come back to Whitechapel to buy all my spices. Though my dad says he feels safe here and I’ve lived in this area for most of my life, I’m always very careful when I’m out as sometimes it feels quite dangerous.

I think there should be more street cleaners, and I miss the little mother tongue school that used to be on Old Castle Street. I also miss the view from our old flat as we could see Canary Wharf from the sitting room, now it’s just buildings everywhere. Even though I live somewhere else, I still call Whitechapel home” 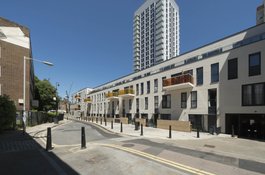 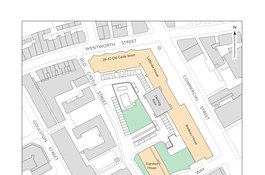